The Story of Bertie

James W. Williams was the son of Presley Wellington Williams and Jemima Sallee.
James was born 1848 in Kentucky and later moved with his family to Polk Co., MO.

Louella Langston was the daughter of Patrick Langston and Adelia Drake.
She was born 1862 in Illinois and moved soon after to Polk Co., MO with her family.

James and Louella were married on December 25, 1878 in Polk Co., MO.
Almost one year later, their only son Cyrus Bertie Williams was born.
He was named after Louella's brother, Cyrus B. Langston.

Sadly, on July 18, 1887, little Bertie Williams died of "a spinal affection."
He was the only child of his parents at that time. He was buried without a gravestone in the
brand new Greenwood Cemetery in Bolivar, MO. Bertie was the first person to be buried there.

Three years after Bertie's death, James and Louella were blessed with the birth of a daughter, Lois A., born July 16, 1890. Tragedy hit the family again on September 30, 1891 when Lois died of the "flux" (intestinal disease). She was buried next to the big brother she had never known, also without a gravestone.

A third child was born to James and Louella, named Lela. She was born 1894
and died 1982 in Polk Co., MO. She married Harry Petty late in life and they were
both buried in the Williams family plot at Greenwood Cemetery.

James (died 1918) and Louella (died 1941) were buried next to their two young
children in the family plot at the cemetery, also without gravestones.
Louella's parents, Patrick and Adelia Langston, were also buried in the family plot.
Patrick Langston was a Civil War veteran, Union side.

As of 2005, the family plot filled with eight graves held only two monuments,
a small military stone for Patrick Langston and a double stone for Lela and Harry Petty. 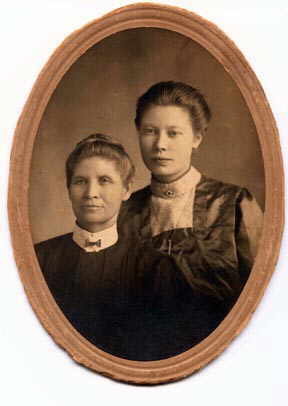 Once further research revealed that the first burial was Bertie Williams, an almost eight-year-old boy, the idea of placing a monument on his grave was formed. It was decided that any donations received at the Living History Tour would go toward the purchase of a monument for Bertie Williams--nothing big or fancy, but just something to make sure that he was never forgotten. Genealogical research on the Williams family revealed that no direct descendants of James and Louella Williams, besides their three children, were ever born. Descendants of Martha Williams Eidson, James's sister, were found to be living in Polk County in 2005. They graciously gave their permission for a stone to be placed in memory of Bertie.

Pitts Chapel-Greenlawn Funeral Home and Monument Company read about Bertie in the newspaper and graciously offered to donate a stone for Bertie's grave. Members of the Williams family and other caring individuals had already donated money to the cause. Therefore, thanks to the generosity of everyone involved, PCGS was able to purchase a stone to mark the grave of Bertie's little sister, Lois, also. Because of spacial constraints in the plot, Bertie's stone and Lois's stone were combined into a small, double stone. Below is a computer-generated drawing of what the monument looks like:

Drawing of the monument placed in Greenwood Cemetery, May 2006.

Located on the southeast corner of the courthouse square in Bolivar, MO